The defence sector suffers from the incidence of “envelope budgeting” driven by sectoral or Branch demands for this reason, there is little clarity about what for the armed forces constitutes Outcome Budget as opposed to Outlay Budget. The complex process of conversion of outlays into outcomes is even more ambiguous in Nigeria. Hardly does preparation of an Outcome Budget translate to a Performance Budget with clearly delineated outcomes. This reality leads inevitably to leakages, duplication, waste of resources and corrupt practices. 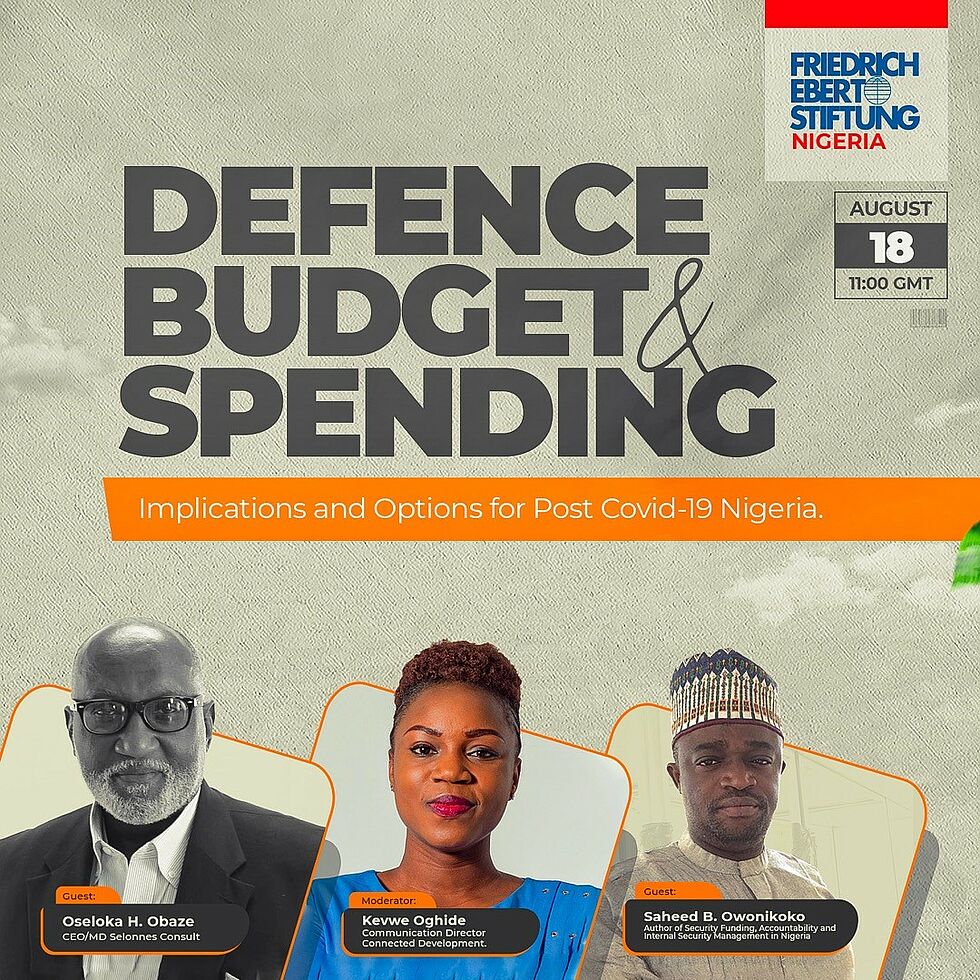 Insecurity, in any form, is a serious threat to sustainable development. National Security Architectures which is a mix of robust national institutions and structures, policies, strategies and plans backed with astute funding, to secure lives and properties, are designed to exterminate issues of insecurities within any territory.

Fifty-nine years after independence of Nigeria, the security architecture of the country has remained unchanged, the peace and security challenges have largely not been addressed, with several issues transforming into huge insecurity problems with damning consequences. Over the last two decades and despite huge funding in the Country’s peace and security structure, the insecurity challenges (Niger-delta militancy, Boko Haram insurgency and terrorism, kidnapping and banditry et cetera) have continued to evolve, exacerbating at the grassroots in various forms, proving difficult to manage with the architecture seemingly incapable of meeting current challenges.

A report developed by a Nigerian civil society organization, Budgit stated that in 2018, the Nigerian government allocated N1.323tn for the security architecture of the country, a significant rise from the N1.142tn approved for 2017, N1.063tn in 2016, N969bn and N932bn respectively for 2015 and 2014. According to another report written by Clifford Ndujihe, Deputy Political Editor of Vanguard newspaper and published on July 28 2018 in vanguard newspaper, stated that at the end of the 2018 fiscal year, the Federal Government of Nigeria had spent six trillion naira on defence in 132 months (from 2008 to 2018). For the greater part of the last decade, conversations have emerged about the need to unravel what constitutes the security votes received monthly by state governments in principle, how they are expensed, and the nature of its accountability.

Recently, the Nigerian Senate, alarmed at the escalation of insecurity across the country and the failure of the Nation’s security architecture despite years of considerable funding, called for immediate national security reforms and asked the leadership of the architecture (especially the Service Chiefs) to step aside, thereby facilitating the appointment of new people by the President of the Federal Republic. There are, however, other schools of thought that argue that the National Security Architecture of Nigeria, is not adequately funded. A report by a research think-tank, Nextier which was titled “Fighting Insecurity -Changing Nigeria’s Security Architecture” stated that Nigeria spends far less on security and defence than is stipulated by organizations such as the IMF and the World Bank, which advised that countries (even without) security challenges) spend at least 1.5% of their GDP on security as a prerequisite for sustainable development.

Any robust National Security Architecture must also have components to support wide (horizontal and vertical) and informed public engagement on peace, security and justice policies and structures. It must also have proactive security sector oversight by state and non-state actors (legislature, executive and citizens) founded on accountability and transparency. In Nigeria, these components are either ineffective or completely lacking, especially in terms of accountability for the huge funding in security vis-à-vis its effect and impact on peace and security within the Country.

This program is therefore designed to interrogate the huge budget allocation to National Security Architecture in Nigeria, the impact of the funding on peace and security, the apparent lack of transparency and accountability in the management and utilization of security funds in Nigeria, the need to review the failing architecture to enable it meet current challenges, and the potential need for more or reduced funding to the architecture vis-à-vis other developmental needs of Nigeria.

The Friedrich-Ebert-Stiftung (FES) is a non-profit German foundation funded by the Government of the Federal Republic of Germany, and headquartered in Bonn and Berlin. It was founded in 1925 and is named after Germany's first democratically elected President, Friedrich Ebert. FES is committed to the advancement of both socio-political and economic development in the spirit of social democracy, through civic education, research, and international cooperation. Friedrich-Ebert-Stiftung is the oldest political foundation in Germany.